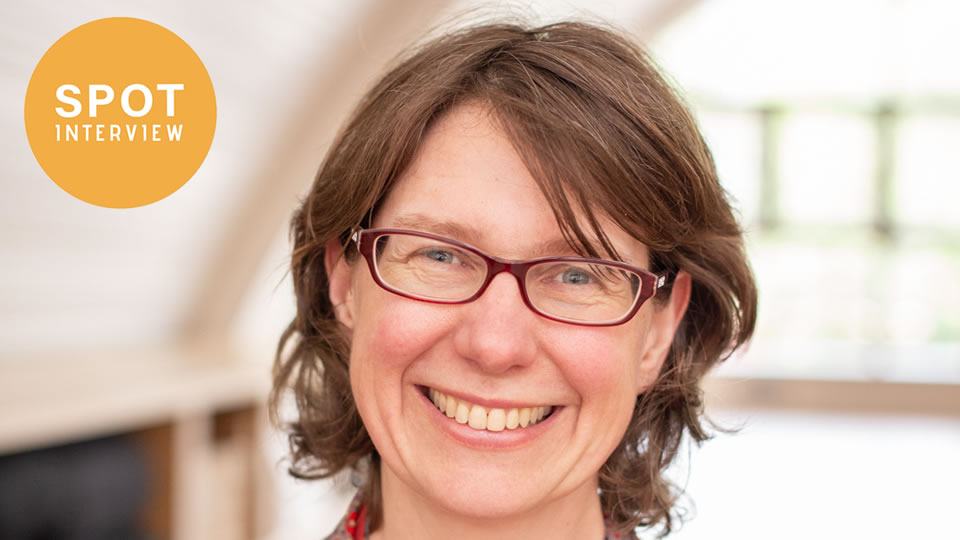 So Liese, like many of us in the beginning, you had pregnant women show up in your regular Hatha yoga classes and you didn’t really know what to offer them, so you ended up in the UK training with Françoise in 2006 after coming across one of her Pregnancy yoga books. Why did you decide to train with Birthlight?

Reading Françoise’s book, it became clear to me that she talked about what would be beneficial for a pregnant woman, this was different to what I had found so far. The Birthlight practices were not just an adaptation of a regular yoga pose, but really focussed on what a woman needs on all levels during pregnancy. I have always been interested in a person-centred approach, so the choice was easy.

I had already started studying Ayurveda and from my training I understood that Vata Dosha – air and ether – was the dosha that needs the most attention during pregnancy and the practices I learned from Françoise were perfect for balancing this, so it became clear that the two approaches were very complimentary.

Over the years you’ve trained in Perinatal, Postnatal and Baby Yoga and Well woman yoga alongside continuing with your Ayurveda practice and further study. Tell us about how you use Ayurveda and your Birthlight training today?

I have had an established Ayurvedic practice for many years, where I have been helping people with all sorts of health problems using Ayurvedic nutrition, lifestyle and herbs. I also working with many women in preparation for pregnancy, during and after pregnancy, as well as support for menstruation and menopause. I love combining the Ayurvedic approach with Birthlight practices.

I also use Ayurveda to support issues with menstruation – huge things can be done.

Ayurveda is about how to support life. I always start with diet and lifestyle, then if the issue is not solved maybe use some medicinal herbs. However, herbs only work well when the diet is right.

At this moment I focus mainly on teaching and have paused individual consultations for the moment.

How would you sum up what Ayurveda has to offer women through their lifetime?

Although this is not a quote from the ancient Ayurvedic texts, it does sum up for me an important aspect of life which Ayurveda has taught me:

‘Pay attention to the whispers, so you don’t have to listen to the screams.’

The body gives so many messages as to what needs attention. Ayurveda taught me to listen to many of these messages and how to act on them. This for me is true wisdom and being in connection with life.

How can Ayurveda inform Yoga practice?

Ayurveda has the most detailed information about anatomy & physiology; however, this is quite different from anatomy & physiology from a western perspective. Within the Ayurvedic paradigm the soul, mind and emotions are intimately connected with the physical body. They are always considered within the approach. Practices from an Ayurvedic perspective are always focussed on supporting the whole of life and protecting the whole of life. To learn and know about these connections can really deepen what you do in a yoga practice and how you experience it.

Maybe you could elaborate a little more about slowing the pace, making smaller movements -what we call ‘micromovements’ at Birthlight, having a more inward focus than what people may have experienced before?

From an Ayurvedic perspective we say that Vata Dosha is the most important dosha because it is the only dosha that can move. It governs transport and movement and it also moves the other doshas, as they cannot move on their own. This means that Vata dosha can become out of balance quite easily. This can happen due to lifestyle, which could include a fast-paced yoga practice, but also during pregnancy, the postnatal period, as well as the menopause. These are specific moments in a women’s life when Vata needs extra attention. One of the things that can happen when Vata is disturbed, is that Vata moves in a centrifugal movement outwards, and once it has gained momentum it is very difficult to stop. This can result in someone feeling ‘all over the place’, ‘frazzled’, confused or unable to focus. Yoga in general and specifically the micromovements in Birthlight – where the movements are very small – allows Vata dosha to move inward. Apart from the wonderful effect the micromovements have on muscles and ligaments, this has a focussing effect on the mind. So, the mind – which is also governed by Vata dosha – has a big role to play in this, because by following the movements with your mind’s eyes, this centrifugal force starts moving inwards. When Vata becomes more balanced, it can do its job inside of the body, bringing focus to the intelligence and power within.

So that relates to all our grounding practices, which we know are good for the mind also, not to go into a big spin because when the mind is all over the place, we can’t notice what’s going on inside or be able to tune inwards. Calming Vata Dosha is calming, centring, reconnecting with the self and all those aspects.

In fact, the grounding practices support Apana Vayu – a subdivision of Vata which is present in the pelvic area. The Apana Vayu ‘holds’ and supports the other four Vayus when it is in balance. The Apana then serves like an anchor for the breath. So, grounding practices will also have an effect on the breath, allowing it to be more smooth, regular and deep. When the energy in the pelvis is in balance and the breath is balanced then both pelvic energy and breath will serve as an anchor for the mind. So yes, all those aspects are involved. Because when the breath is smooth, deep and regular this is a sign of Vata being more in balance. Sound practices also really help to balance and centre. And to connect with deeper layers of yourself. What I really like in the Birthlight classes is that all this is not directly spoken about. The practices are fun and by doing them it happens; the women connect more deeply with themselves. By learning more about Ayurveda you will get an even deeper understanding about how that works.

Yes, and actually women often mention this in their feedback about the positive benefits they experience from their classes. They appreciate having time and ways to connect with themselves, their baby and the other women in the class. If we did talk about it some people might be put off because it might sound like mumbo jumbo or be deeply challenging to consciously do that.

Exactly! Ayurveda is often seen as something weird or a bit airy-fairy, especially because some things – like Vata Dosha – cannot be seen. However, Ayurveda is in fact very grounding and with the practices helps people to really get down to earth! Some people have some difficulty connecting with Ayurveda, since it originates in India. However, the principles are universal, they can be applied to anything in the outside world including a yoga practice, but also to western nutrition. Ayurveda teaches about the five elements inside of the body and in the environment around us. It gives many insights about the relationship between the outside and the inside. Looking at the world in connection with ourselves in this way allows us to use any remedy to help balance and heal, from yoga, to nutrition, to kitchen herbs, to bodywork. And we don’t have to mention the word Ayurveda  for this to work!

Something which I notice with many people is that the Ayurveda regimen is often seen as very strict. When you look at all the ‘do’s and don’ts it can indeed be very overwhelming. Instead of wanting to change everything at once it is more advisable and balancing for Vata to see what you can apply or change what feels comfortable to apply now. Just one or two things which you apply consistently is great and once these things have become second nature, then add something else. You don’t have to go into a straight-jacket and apply all the do’s and don’ts and then lose all enthusiasm about your food and life.

Can you apply Ayurveda without being vegetarian…?

Yes, absolutely! In fact, in classical Ayurvedic texts about 50 types of meat are described including the specific effects on the body.

Meat builds tissue very fast and is incredibly nourishing, so sometimes an Ayurvedic Practitioner might say, especially for example, to a postnatal woman, that they might consider using meat in a broth. Only if she wants to of course, if not, there are plenty of vegetarian alternatives to nourish the body. Within the science of Ayurveda there is also place for a wholesome and healthy vegetarian diet.

We have an explosion of veganism in the UK, Ayurveda is not exclusively vegan is it, can you apply Ayurveda without using dairy?

Yes, there is also an explosion of veganism in The Netherlands too. Ayurveda is for sure not vegan, however there is much Ayurveda can advise in case someone is vegan. What I see from working with clients and especially students, is that it is important to look specifically at any particular diet and see if it is truly healthy. What is it exactly that someone is eating? Because these days we have ‘vegan ‘as a marketing slogan but this doesn’t mean it is healthy by all means. For example, what kind of fats are being used, are you substituting milk with a plant-based milk, if so which kind? Rice or almond will have different effects, and whether you make it yourself or buy it in a store will also have a different effect on health. Homemade with fresh, organic ingredients is always best of course. But when time doesn’t allow this, then it is good to have a close look at the package in the store, as the ingredients can vary a lot, some have preservatives, some have added sugar.

For those wishing to live a vegan life, Ayurveda can give much advice to implement a vegan diet which goes far beyond omitting animal derived products. Ayurveda focusses on guiding the individual to a truly balanced and wholesome lifestyle.

We’re looking forward to Birthlight training participants enjoying your new modules on our Perinatal, Postnatal and Well Woman Yoga Training courses. And you’ll be offering some CPDs for us, the first is in January on Self-massage: a powerful tool for self-healing link

This is another element that Ayurveda employs to create well-being and balance, it is easily practised as it can either be done ‘dry’ over the clothes, directly on the skin with oil or as dry-brushing. Each version has different effects on the body and mind.

What are your three Ayurveda tips for Winter as it approaches? 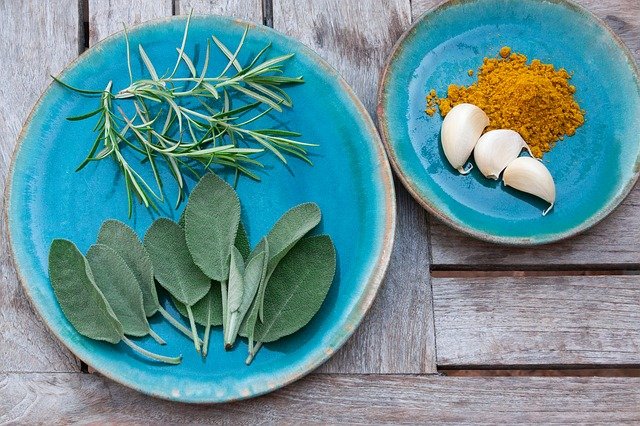 Liese van Dam teaches on the Ayurveda practitioner training at Delight Academy of Ayurveda in Amsterdam in the Netherlands focussing on Nutrition & the 2nd year curriculum alongside Male & Female reproductive health, she also offers courses and workshops at various yoga schools

Liese van Dam teaches on the Ayurveda practitioner training at Delight Academy of Ayurveda in Amsterdam in the Netherlands focussing on Nutrition & the 2nd year curriculum alongside Male & Female reproductive health, she also offers courses and workshops at various yoga schools

Booking Now Open for the course on 22nd January 2022