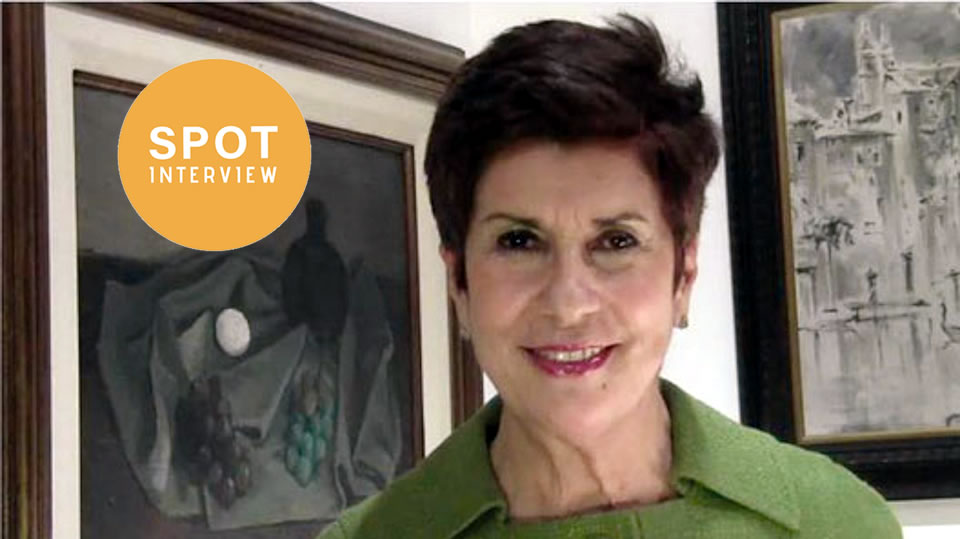 Stella Acquarone’s pioneering work with parents and infants is relevant to all that we do in Birthlight, but most particularly to Baby Massage/Baby Yoga teachers and Infant Aquatics teachers. Some Birthlight members may remember her inspiring presentation about early signs of autism at our 2012 Womb to World conference.

Stella’s focus is on awareness, to promote better early identification and intervention. After working as a child psychotherapist in the NHS for 32 years, she left to offer parents help based on her insights about the neglected importance of early detection. Rather than going too quickly with therapeutic approaches, she began from her realisation that parents were identifying unusual children: unsmiling ones, fearful ones, those who didn’t want to be picked up’. Stella’s special expertise is in the early signs of autism, before pathology develops and recovery is impeded. Her point that ‘The issue is the potential, not the harmful’, encapsulates her approach: “In my view, you must first create the foundations which will allow a treatment regime to work and be able to feel emotions.” “We need to help those children diagnosed as “pre-autistic” structure their minds to allow cognitive and emotional development to occur”.

Stella sees Colwyn Trevarthen’s famous quotation “the baby is a passionate communicator” as central to what she does (many will remember his talks at Birthlight conferences over the last 14 years). She talks passionately about newborns’ eagerness to find links between the verbal – their experience in the womb-, and the visual after birth. Babies are trying to know the people who take care of them, they want to put voices together with faces, they are ‘eager to encounter’.

Sometimes, however, communication is not easy. This can be due to perinatal difficulties, previus trauma or autistic aspects of mothers who, as Stella puts it, cannot feel “embedded” with another person, cannot sympathise with their babies even though they may be highly sensitive and highly functional people. At times it’s about the ability to respect the behaviour of babies that may turn out to be pre-autistic. ‘Sometimes, babies are difficult to read. Mothers are always supposed to know how to help their babies, but sometimes there is no immediate clear solution. We just have to sit with it and observe’. Rather than identifying with the problem, Stella’s approach privileges understanding what underlies babies’ behaviour, talking about it and identifying aspects of behaviour that support co-regulation. In her warm way of speaking and being (she is from Argentina) Stella comments on how “mothers think they should know everything, but actually, there is nothing that they should know, they just need to have the peace of mind needed to watch their babies.”

The London Parent-Infant Centre is associated with IPAN, the International pre-Autistic Network – which increases autism awareness, and promotes early identification and intervention. When asked how Birthlight teachers can benefit from her books, educational materials and research, Stella points to better observation of early signs of ‘not relating’.

When relational signs of connectedness – looks, imitation, production of sounds – are not evidenced in the early months, and the muscle tone of babies is either too floppy or too rigid, a greater attention to aspects of autism can be brought in. In many cases, at this early stage it is possible to help babies become ‘positive autistics’.

Stella’s wonderful work brings a refreshing trust in the wonderful capacities of the newborn and the great potential for parents (both mother and father) and child to fare better together through early trauma, and potentially associated depression. At a time when many babies in the world are born in war zones, or in prisons, or have been in intensive neonatal premature units, supporting parent-infant communication in practice is of supreme importance. In Stella’s words for presenting her visionary ‘Re-Start’ programme, “unlike mothers who recall the early years with their babies as a dance of understanding and development, other carers don’t recall hearing the music at all. They slog through the early years with only hope as a compass.”

Theories of autism have undergone many changes since it was originally defined by Kanner (1943) as an affective disorder caused by deficient parental interaction. Since then autism has been identified as a developmental impairment due to a variety of causes which may include genetic, neurological, infectious, metabolic, immunologic and environmental factors. These contribute to atypical brain development, which shapes children’s experience of intersubjectivity.

There is however now abundant research showing that innate capacities for sociability, self-regulation, thought and language are activated through intensely bi-directional emotional interactions with others. This activation typically takes place within critical periods, when help can be effective to foster the growth potential of the infant within the specific emotional climate of the family environment into which each baby is born.

Our conversation ended with a renewed realisation of the rejoinders between Stella’s approach and the important support that Birthlight teachers offer parents and babies in their communities through simple interactive practices. In the present Covid situation, promoting enjoyable communication and interaction in the early weeks, months and years is key for parents and children to continue growing together in a society that cares for them.

For those interested in developing greater awareness of early signs of autism, Stella is offering an unmissable INSTAGRAM LIVE on Friday 13th November at 8 pm. It is free. Enjoy!

You may be interested in related upcoming Birthlight courses like “Nurturing Baby Massage & Baby Yoga”, “Baby Yoga”, or “Aqua Nurture”.

This website uses cookies to improve your experience while you navigate through the website. Out of these cookies, the cookies that are categorized as necessary are stored on your browser as they are essential for the working of basic functionalities of the website. We also use third-party cookies that help us analyze and understand how you use this website. These cookies will be stored in your browser only with your consent. You also have the option to opt-out of these cookies. But opting out of some of these cookies may have an effect on your browsing experience.
Necessary Always Enabled
Necessary cookies are absolutely essential for the website to function properly. This category only includes cookies that ensures basic functionalities and security features of the website. These cookies do not store any personal information.
Non-necessary
Any cookies that may not be particularly necessary for the website to function and is used specifically to collect user personal data via analytics, ads, other embedded contents are termed as non-necessary cookies. It is mandatory to procure user consent prior to running these cookies on your website.
SAVE & ACCEPT