Skip to content
birthlight > origins > The Origins of Birthlight Training 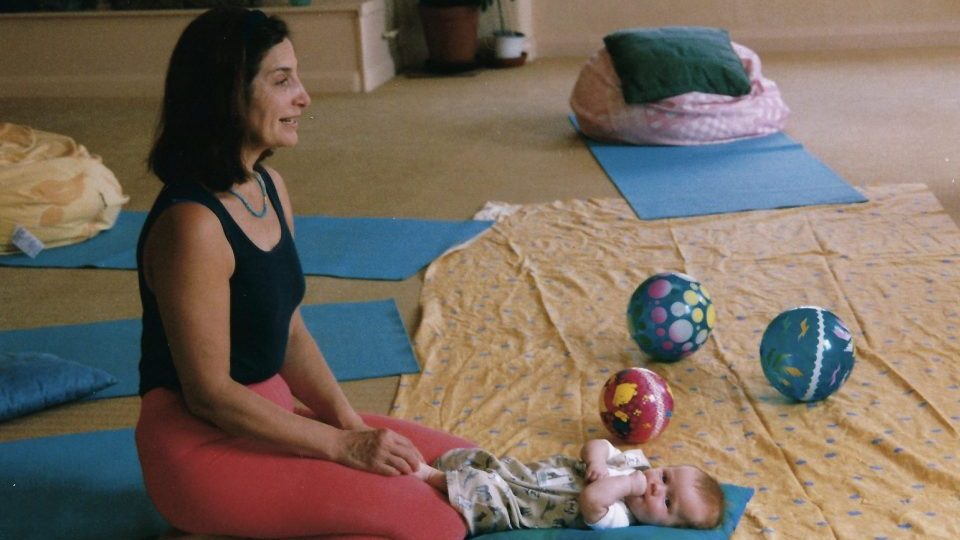 It all started with a small group in Cambridge. In the 1980s, as a young mother, at the prompting of a few friends, I interwove the strands of the rich life I have been blessed with in a small experimental class. I was an enthusiastic yogini (trained by Iyengar teachers) and meditation had become an important practice. I held a research and teaching position at Cambridge, but my home life was infused with the practical parenting skills learnt during two years of anthropological fieldwork in the Peruvian Amazon region. Sharing the knowledge and skills picked up during my first two pregnancies there, as two more babies came along and I was clearly handling them in ways that differed from the current norms, became my challenge.

The easiest path was to translate Amazonian parenting in a yoga form. Having been a competitive swimmer, the adaptations of yoga in water and my experimentations of swimming with each of my babies inspired from rainforest life had to be included.

There was a lot of excitement about all the practices I was trying to integrate: carrying babies was exotic, taking babies to a swimming pool was a matter for calling the police. Yoga for pregnant women, and even more so with babies, seemed a dangerous thing in a way that is difficult to imagine today.

True to my apprenticeship with an indigenous midwife and her shaman husband in Peru, I frequently attended births both in hospitals and at home, long before the term Doula came into use. I became known for supporting water births, sometimes in hiding. The adapted tub that I transported across town on the roof of my car was quite a sight. Each birth was a learning. Exchanges with experienced midwives and some medical professionals, as I recalled observed indigenous practices, were enriching.

Contacting, meeting and befriending pioneers with alternative approaches to birth and babies, searching for cross-cultural practices and analysing historical norms of risk and safety were part of the process. At the time, I was developing the first Anthropology of Childbirth course in the UK within Medical Anthropology at Cambridge University. My post-doctoral research had also led me to review global maternity services and to evaluate different approaches to care and management.

This academic work, central to my activities during all my working life, informed our local weekly sessions at the Friends Meeting House in Cambridge and in local swimming pools. We also set up monthly discussion groups with expert researchers and practitioners, followed with small conferences mixing “town”, “university gown” and hospital. We did not miss a pretext to celebrate and fundraise for community support around maternity while stimulating interest in a focus group.

Birthlight was incorporated as a UK charity in 1999 with the help of Margaret Adey. Our lawyer and first trustees were drawn in as ‘birthlight mothers’, other trustees were practitioners who had become involved in Birthlight. These were and remain warm connections.

An invitation to design the pioneering Pregnancy Yoga module within the Yoga Therapy Diploma created by Dr Robin Monro (Yoga Biomedical Trust) in 1994 led to the training of wonderful cohorts of experienced yoga teachers in London and to setting up London classes at the Royal Homeopathic Hospital, with referrals from Great Ormond Street Hospital. Marion O’Connor, who taught there with me and co-led corporate trainings, re-joined Birthlight as a training tutor later on, after nurturing a family of three.

Since early days in Cambridge groups, I developed a therapeutic option to support women post childbirth, leading to the eventual yoga therapy training module called Well Woman Yoga (2004), now a teacher-training course in its own right. To this day, I am grateful to Robin Monro for his open-minded vision of Yoga Therapy.

Press and media interest got us on the front pages of all main UK newspapers. Together with my books and DVDs, articles stirred demand for training courses. I enjoyed writing illustrated books, but I also wanted to pass on knowledge gathered while developing the practices. I cannot do anything that is not research-based, and I am fastidious with checking background science.

It had taken nearly twenty years of teaching continuously before our first teacher trainings in Baby Yoga, Infant Aquatics and Aqua Yoga were offered to make yoga-based practices more accessible to parents to be and new families as a healthcare community service. The quality of teaching won the support of trainers in national organisations such as the British Wheel of Yoga and the Swimming Teachers Association.

The first training courses attracted mostly health professionals working with babies, before yoga teachers and swimming teachers joined in. From 2002, our Birthlight tutor team developed at our bi-annual residential courses at Riddlesworth Hall in Suffolk, where we held simultaneous land-based and aquatic trainings.

Two of the foundational principles of Birthlight are openness and adaptability. The experiences of pregnancy and birth are social levellers and bring people together across cultures, ethnic origins, creed and class differences. We have always believed that our practices and yoga should be for everyone, irrespective of fitness, and be part of day to day life. We pioneered ‘chair yoga’, ‘kitchen yoga’, ‘yoga walks’, overcoming accusations of breaching an authentic yoga tradition.

In the first generation of Birthlight training tutors, Sally Lomas and Amanda Gawthorpe, who then developed their own groups and schools in Cambridge (‘Joyful Babies’ and ‘Joyful Dolphin’), stand out not only as trainers and teachers but as representatives of Birthlight in international conferences. In a second generation, Kirsteen Ruffell co-developed Postnatal Yoga with Francoise, leading to the still evolving ‘micro-movements of Yoga’ with multiple applications post birth. The Therapeutic Aqua Yoga group co-led by Carol Anne Procter andKaty Offer together with Francoise has been instrumental to the development of innovative aquatic programmes.

At all times, individual ongoing self-development has been honoured and encouraged in Birthlight. Tutors who followed other paths, (Uma Dinsmore Tuli, Shawn Tomlinson, Ingrid Lewis, Gill Milsom, Philomena Geary among others) or retired (Marion Symes, Eryl Holt, Liz Doherty) remain in the hearts of their students and current tutors. The memory of Wendy Gadsden, a midwife trainer of many midwives who passed away in 2017, is with us all.

The expansion of Birthlight abroad since 2012, with a second and now a third generation of tutors, required a more complex organisation. During Sally’s time as Director of Training, the tutor team grew from16 to21, demanding a clearer organisational structure. In 2019, Kirsteen and Carol Anne became Training Coordinators for land courses and aquatic courses respectively.

In 2017, the Trustees of Birthlight had already identified the need to move to ‘blended courses’, building up the pre-reading elements of existing training courses as online modules. The Covid19 pandemic has given great urgency to this development. At the same time, the structure of Birthlight as a training provider organisation needs to be changed. A new model is proposed to draw all of us, the Birthlight community, closer to the original vision that brought us together over the last three decades.